Wasn't baking anything new, and couldn't bake in the nights,
so went to do some beading projects.

My sister in law in msia wanted a crystal bracelet she seen
in a shop near my in law's house. So I made this one for her. 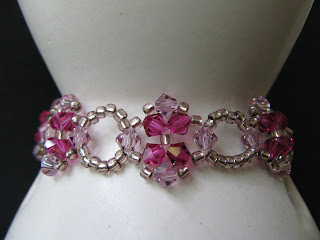 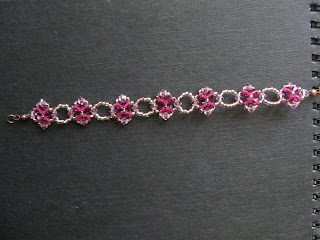 The one she seen is something similar but has no space in
between. I feel that it will be too much of crystals if so, thus i
did the bracelet this way . Not sure if she
like it. Her daughter has taken the previous chain I made. 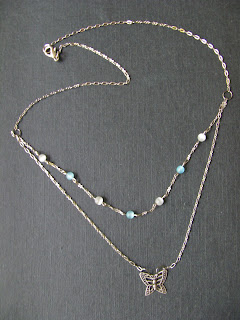 Saw the above necklace on a TCS star in the shipyard drama
shown quite sometime back. Like what I seen, so try
duplicating the style, but like previous, after it is completed,
it doesnt look that lovely. 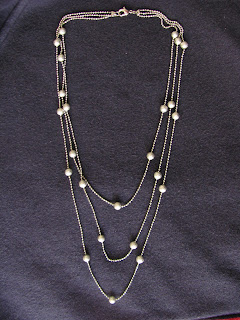 Saw this on my boy's classmate's mother few weeks ago.
After taking a closer look (she lend me), and a few tips from
her, i manage to create another. She told me she also like it
after she seen it on someone else thus she duplicates.
Its silver balls on a tiny silver ball chain. I guess this can be
wore to a wedding dinner with normal office attire. Not
an easy job because got to squeeze the balls into the chain.

Hey, I think all 3 beading looks good to me, not for kids that's for sure!

Thanks serena. I really hope I get to wear them.

bACk in GERMANY said...

Very pretty, Sherlyn! Love them all!

Thanks back in germany. Give them all to u ? ;-p